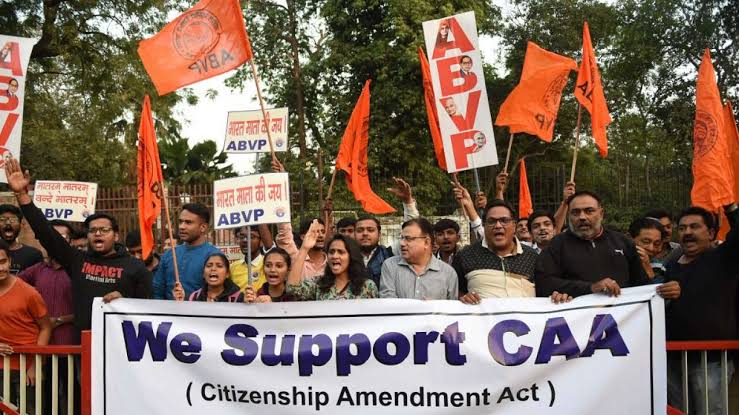 Central Government in India has passed recently the Citizenship Amendment Act, 2019, which has amended the Citizenship Act of 1955 by providing a path to Indian citizenship for religious minorities. The Act seeks to amend the definition of illegal immigrant for Hindu, Sikh, Parsi, Buddhist and Christian immigrants from Pakistan, Afghanistan and Bangladesh, who have lived in India without documentation and will be granted fast track Indian citizenship in six years. In this blog, we look at the movements of refugees in India and the stand of India so far in granting citizenship.

India has received wave after wave refugees from many of its neighbours. Despite being non-signatory to the UN Refugee Convention of 1951 or the 1967 Protocol, which protects refugee rights, India continues to grant asylum to a large number of refugees from neighbouring states. India has generally followed the principle of non-refoulement, refusing to send refugees back to a place where they face a threat to their life.Refugee problems in India started with Partition itself, when India witnessed a huge influx of refugees from Pakistan. A project for Pakistani refugee resettlement was initiated by Central Government soon across north India which facilitated rehabilitation of partition refugees in 1948. Almost a decade later, in 1959, India granted asylum on humanitarian grounds to Tibetan refugees, when the Dalai Lama, and his followers, fled Tibet and came to India seeking political asylum. This aggravated border issues between Chinese and Indian government and further Chinese encroachment on Indian territory. Another major movement of refugees in India comprises Sri Lankan Tamils who were sufferers of discriminatory policies by successive Sri Lankan governments, Riots and the Sri Lankan civil war. Over a million Tamil refugees got citizenship and settled mostly in southern India during period 1983 and 1987. The large number of Sri Lankan Tamils still living in refugee camps in India, despite the end of the civil war, has time and again strained India’s and Tamil Nadu’s relations with Sri Lanka.

Again Bangladesh’s war of independence in 1971, resulted in another major refugee crisis in India, when millions of Bangladeshi refugees escaped and migrated to India. This led to a sudden demographic changes in states bordering Bangladesh, and seen as border security threats. The border conflicts is fiercest in a number of north-eastern states, such as Assam, Tripura and Manipur and the constant tussle between the local communities and Bangladeshi refugees today often sparks violence, resulting all too often in deaths. Talking about Afghan refugees, although small in numbers they also took shelter in India in subsequent years especially, after Soviet invasion of Afghanistan in 1979. According to UN High Commissioner for Refugees (UNHCR), many of the Hindu and Sikh Afghans who came to India after fleeing fighting in their home country in the early 1990s have been granted citizenship over the past decade. The debate over refugees gained national prominence yet again in 2018-19, when more than 40,000 Rohingya Muslims escaped Myanmar to take shelter in India.

(The Author is PhD in Economics from JNU, New Delhi)